Fifty years ago this year something happened that changed the world forever. The exact date? October 5th. 1962.

What was this momentous event? The cuban missile crisis? John Glenn in space? Nelson Mandela on trial?

None of these. It was the release of the first single by the Beatles – ‘Love Me Do’. Strange really as this event went largely unnoticed except by a few hundred teenagers in Liverpool, U.K. (My home city by the way, and sadly I was not a teenager then, I’d only just popped into the world).

Non the less it was a moment that changed pop music and it has to be said pop culture forever. I suppose it really kicked off the ’60’s’, even if it was two years late! It was if, through their music, they ushered in a new era in Britain and beyond – gone were the shackles of their parents’ generation. I suppose the funny thing is, the Beatles never saw it coming, but then, neither did we. A memorable quote from Decca records, when asked to sign the Beatles: ‘Guitar groups are on the way out’, Hummmm…a line from ‘Pretty Woman’ pops into my head – ‘Big mistake’. Two years later the Beatles were to have 14 records in the Billboard top 100, at the same time!

In Liverpool at that time there were at least 300 pop groups. It was a way to get out of the dire circumstances at the time. High un-employment for one – 1 job for every 33 un-employed. There was a large youth club culture too. The choice was boxing or music. Not surprising Liverpool and Merseyside became the center of the musical universe, home to one of the most famous streets and clubs in the word – Matthew Street and the Cavern.

Anyway enough of the history lesson, enjoy the that song performed by the ‘fab four’ –

One response to “Love Me Do”

Life and Thoughts Through The Lens

Did you miss these? 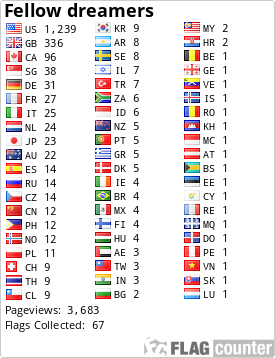